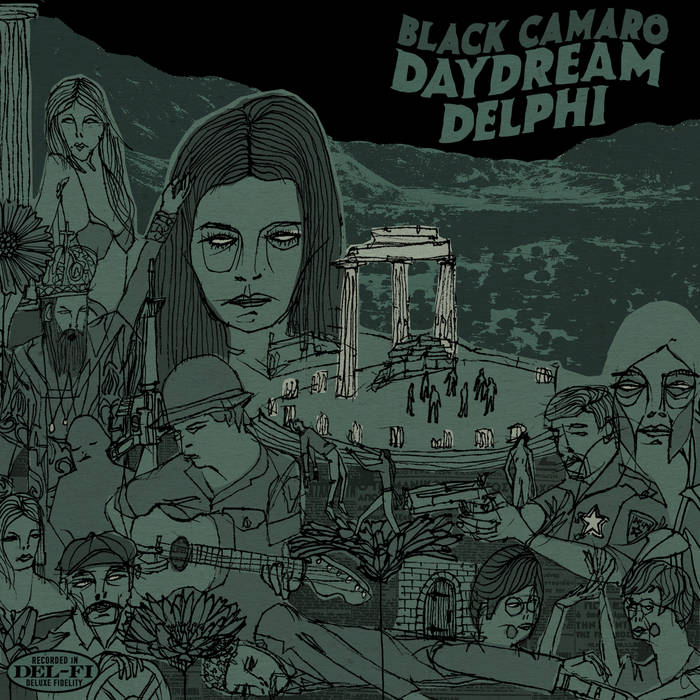 neilk2020 Black Camaro are genius and I will always love them.

earleybirdgetstheworm This is one of those albums that's just perfect. I call them "the Sunday morning albums". Make some pancakes and listen to this. Favorite track: Lynda.

Released on July 4th during what some believe to be the summer of 2020, the last summer ever recorded in modern history, Daydream Delphi is an opera of desolation, power, greed, and war, but also a tale of hope, reconciliation, redemption, and the importance of soap and hand sanitizer – a soap/sanitizer opera if you will.

Nuggets of this album were recorded in the good ol’ days, before the not-so-great pandemic, but the majority of the concepts and dramatic portrayals found within were contrived, performed and captured on VHS entirely during the quarantine. This demanded we work in a socially distant realm, far from each other’s warm embrace that typically inspires our endeavors.

This unusual predicament required us to utilize our separate home studios, trading tracks back and forth with minimal communication and maximum trust. The heaviness of the world today cannot be understated in the making of this album, either as obstacle or impetus, and the turmoil we’re all experiencing, some more than others for certain, probably deserves co-producer credit on this album.

With that said, we would like to participate in the solution, if even in a small way. We still believe that when people come together for a common cause, we can make the world more equitable and livable for all. That is why 100% of the proceeds of this album will be donated to a few organizations that we believe in - Fair Fight, and the West Las Vegas Arts Center.

Daydream Delphi will eventually end up on streaming platforms, but for now, we will make it available only on Bandcamp, where you can pay us as much as you’d like for it, knowing your money will be going towards helping disenfranchised people vote, and to a community art center in our hometown that has been hit hard by pandemic-era budget shortfalls.

Thank you and we look forward to having a face-to-face conversation with you soon.

Mixed and mastered by Brian Garth

On this release:
Scott Trujillo: Drums
- Guest Star in a One Man Show
- Protocol of Dreams