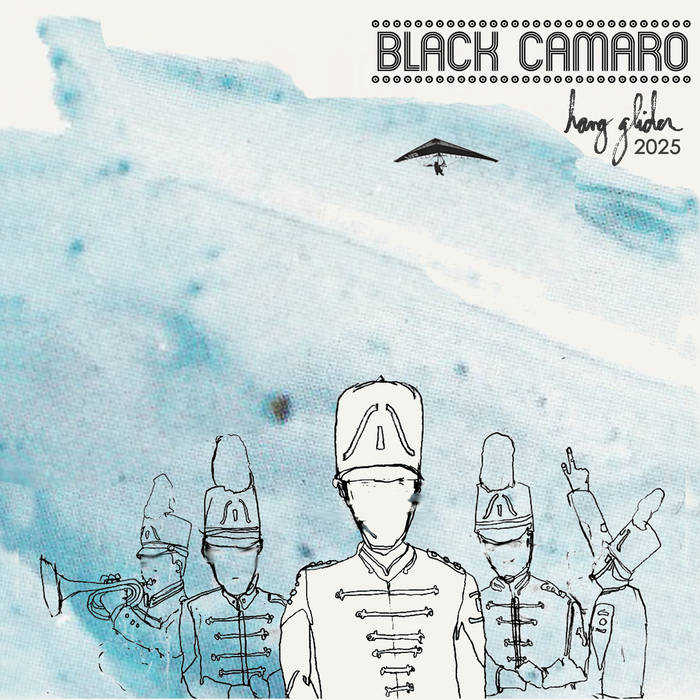 Celebrating the 20th anniversary of Black Camaro’s sophomore release, Hang Glider (2005), this “remixed and actually mastered” version presents the same lengthy album sans the lazy mistakes and gratuitous “secret tracks”. While the band can blame nobody but themselves for the hasty mixes of the original release, they were under a deadline, and they were young and naive. Young people suck with deadlines, hence, the poorly mixed, never mastered, impossible Hang Glider. But as concept albums go, it’s not bad. Really, it isn’t. Let us explain.

As the Glider takes his gallant jump from the face of a cliff into the unknown (Hang Glide), he meets the sun along the way (RE: The Sun), taking care not to melt the wax that binds his wings together. He soars over mountains, including one in Africa (Killamanjaro), before his journey takes an ominous turn.

The Glider dozes off and begins dreaming of his first love as she sleeps in the bed next to him, also dreaming. A dream within a dream (Dusty Fan). He’s pretty much a creep. As his dream possesses his body his theme song plays in his head (Kevin’s Theme). Though his name isn’t really Kevin, it is in the dream for some reason, and he goes along with it. He is reminded of his friends, and how he holds them near and dear (Apple Core). He is unaware the pending doom he will soon face. How could he? He’s sleeping.

As he continues his flight, his body hovers over France (Shit And Champagne), and the energy emanating from the city of lights blinds his vision, even within his somnambulant state. He witnesses a pair of legs obstructed by a beam of light (Karaoke Killed The Colonel). It is a ridiculous figure from the future who appears to be dead, but is actually just pretending. In a French accent, the figure, now revealed as The Colonel, says “Meet me at the Rendezvous”(Rendezvous). The reluctant Glider refuses the Colonel’s command (Waste My Ears) and goes his own way (Where the Glider Flies).

The Glider’s arrogance leads him too close to the sun and he is abruptly awakened to a deadly free fall. As the observer, there is nothing you or I can do for him. His friends can’t do shit, and his girl can’t save him either (Black Jenny). Not even the Colonel can save him this time.

At his wake, the Colonel says a few words, a few kind words, a few kind of mean words (Put That Bottle Down). His friends and loved ones realize that the Glider’s love was not enough. They needed him to come down from the clouds and spend some quality time with them. The Glider’s head was always in the clouds, and now he is dead as a result. He will forever be lost up in the sun (Hang Glider).

This album features:
Richard De La Riva on Trumpet
Alan Norris on CR78
Jeremy Lamanna on drums
Jason Wilda on bass
Fuzz on all sorts of shit, but mostly congas and some guitar
Mike Garth on drums
Conrad Lochner as The Preacher
Mike "Lazer" Lavin on laughs
with one-take improvisation by Theta Naught on Hang Glider
Lucas Bang's banjo appears on Shit and Champagne