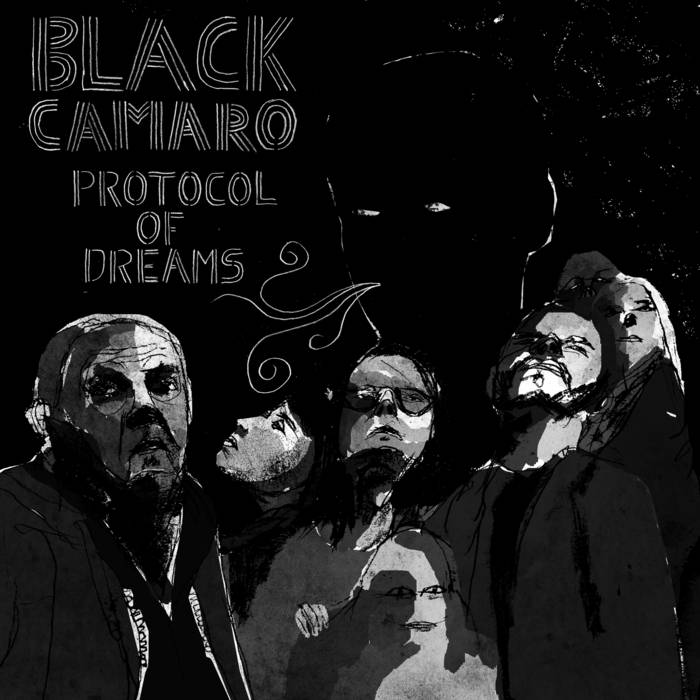 From White People Fucked Up the Blues (2003), to The Last Menagerie (2014), the genre-bending sunburned sounds of Black Camaro have maundered the Mojave like discarded cellophane wrappers entrapped within the temporary chain-link fences that entomb Las Vegas’ Circuit City strip malls.

On Valentine’s Day 2019, celebrating their first vinyl romance with Running In Place Records (RIP006), Black Camaro presents Protocol of Dreams, a 12-song LP concerned with the achromatic spectrum of greys lying somewhere between the blackest void, and infinite whiteness.

Having warped truths whilst distilling facts across multiple albums, Protocol of Dreams, too, walks this narrow demarcation between fact & fiction, and thus, fits as perfectly within Black Camaro’s catalog, as it does the post-truth world that dominates our social and political lives. Take that, data mining algorithms.

Recorded by Brian Garth with Tom Miller at Casa De Barnardo Gallardo and Black Tahiti. Zachary Donovan Flynn tracked the sax in his grandmother’s basement, submitting the files over the internet.
Mastered for vinyl and digital by Mike Lavin

Guests John Beltran and Kim Myhr walk us through their magical musical adventures.